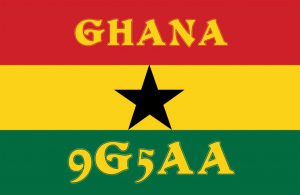 Amateur Radio Administration Courses (ARACs) have been offered in developing countries for more than twenty years. IARU has provided instructors and course material. Prior to 1983 and again from 1999 the ITU has co-sponsored these courses in developing countries. Host countries provide the training facility and local support. IARU has been looking for an opportunity to organize an ARAC in the English speaking part of Africa for several years. In January 2013 we agreed to have an ARAC in Accra in June 2013.

The primary objective of the ARAC is to train regulators (or prospective regulators) on the administration of the amateur service and amateur-satellite service in developing countries. Related objectives are to train others in associated positions such as managing disaster relief communications and to organize an amateur radio society. During the preparations of this ARAC it appeared that the Ghanaian administration had other expectations than addressing just the objectives described above. It was agreed to work on the Ghanaian National Allocation Table during the week of the ARAC. Course content: This ARAC became a combination of the traditional USTTI course (as offered by ARRL), production of a National Allocation Table and management training. Brennan Price N4QX presented typical USTTI elements, with additions on the European situation by myself. After an introduction the participants were put to work on the production of a national allocation table. Basis formed the work done by one of the NCA officers, who made an extract of the Radio Regulations. Participants discussed the purpose and layout of a National Allocation Table and were made aware of reference documents and stakeholder input. The amateur service served as a good example for other radio services. We also spent time on the question how to develop amateur radio in Ghana.

NCA Director General Vanpercy invited us to return to Ghana for further development of amateur radio in his country. There are about 10 callsigns issued to resident amateurs, but no local Ghanaians hold an amateur license. I agreed to come back with a group of radio amateurs from Europe and the USA. We discussed a tentative program including Instruction, an examination session, issuing licenses, the establishment of radio club(s), donation and installation of radios and antennas and a DXpedition style activity week. For this activity I need the support of EUDXF members. Therefor I will keep you posted on future plans.

NCA issued amateur radio licenses to Brennan 9G5AB and myself 9G5AA. Ghana was the 72nd DXCC entity I operated from (three are deleted) and with 100 Watts and simple wire antennas I made 1200+ contacts on the WARC bands. My rig was a Ten-Tec Eagle and antenna’s were half wave endfeds at about 5 meters height. I was extremely happy that there were trees in front of my hotel room.