EUDXF board member Achim DF3EC visited HamCation in Orlando, Florida this February. HamCation hosted the 2022 ARRL National Convention under the theme of “reDiscover Radio” as one of the largest annually held gatherings of radio amateurs in the US. The last convention in 2020 attracted 24,200 visitors over all three days. This year hams from US, Canada but also from Europe were attracted by lectures, forums, meetings and a wide range of vendors, clubs as well as a huge fleamarket under Florida’s sun. Among the presentations were also DX-related topics like a presentation on the OJ0C 2021 DX-pedition to Market Reef and the VP8PJ DX-pedition to Signy Island, Antarctica.

Our friends from ARRL were represented with a large booth. Achim met ARRL’s president Rick K5UR – who belongs to the top DXers in the world – and ARRL CEO David NA2AA. Our board member also used the opportunity to activate the special event station W1AW/4. He met numerous ham friends who confirmed that EUDXF is a well-known association also in the US. 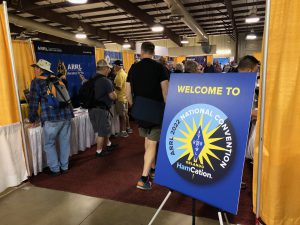 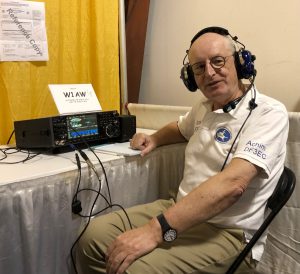 DF3EC at the special event station 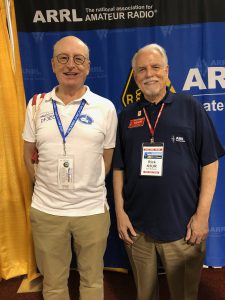